Max Verstappen believes it’s a mistake to suggest he is replacing Michael Schumacher, the seven-time Formula One champion he just happens to be the son of. Verstappen on Thursday accepted there were comparisons to… 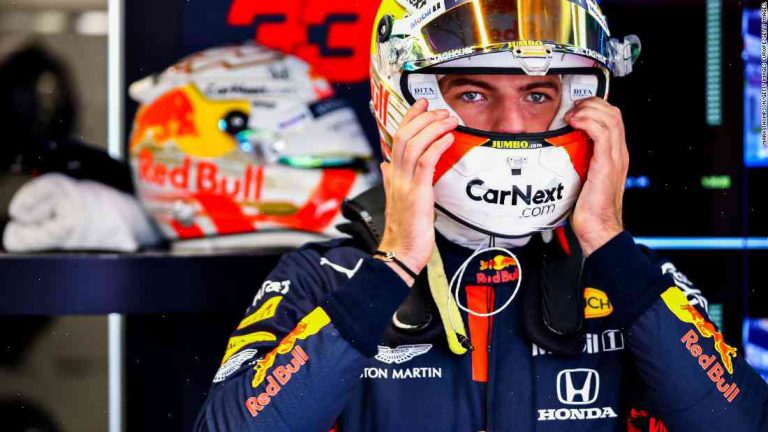 Max Verstappen believes it’s a mistake to suggest he is replacing Michael Schumacher, the seven-time Formula One champion he just happens to be the son of.

Verstappen on Thursday accepted there were comparisons to be drawn between the 19-year-old and Schumacher.

Yet the Dutchman insists he’s not taking his father’s place.

“It is really wrong of people to compare me to him, because I’m not Michael. The role I have is to help him, but I don’t want people to think that I have replaced Michael.

“I am not Michael. Michael is Michael. I am Max.”

Verstappen has talked of “Roger Frode,” a character in a novel — so the comparisons to Frode the Shark — are understandable.

After all, Verstappen made history this season when he became the youngest ever winner of a Grand Prix with the 18-year-old Riccardo Patrese, and the F1 equivalent of becoming a superhero.

Verstappen’s rise up the grid as a teenage prodigy has captured the world’s attention, not least because a kid has suddenly made the jump from karting to F1.

There was even speculation that Verstappen’s parent’s financial strength may have played a role in winning races.

Born in The Hague, Belgium, Verstappen is fourth in the overall standings after finishing sixth on Sunday at the Brazilian Grand Prix and has driven from 11th to fifth in the past five races.

Verstappen insists he was not using acting as motivation when he targeted the top five.

“I knew the position was tight after the first race. I have learned that you need to step on the gas during the race,” Verstappen said. “With a bit of luck, some of the other drivers made mistakes. I was more calm than I did in the past years, even though everyone was anxious and very aggressive.”

Although a European Grand Prix puts a smile on Verstappen’s face, Sunday’s race was overshadowed by clashes between a host of drivers over a new, aerodynamic rule which veered the racing well off course.

“The last race in Austin (Texas) was cool. Everybody was in the race and it was also fairly clean,” Verstappen said. “For my part, it was the same story. We were ready for the fight.

“I made the comment to Charles about that. That’s cool. That’s racing. That’s fun. We had fun together. Of course, it’s fun when you get these fights. It’s a fighting game. You get on each other. The consequence is you make the drivers shake hands. It’s part of the game.”

Verstappen would not be drawn on Raikkonen’s comments.

But he did, after Verstappen declined to get involved in one fight with the Ferrari driver.

On Thursday, Verstappen reiterated his concerns over a lack of media coverage in the Netherlands.

Dutch newspapers have switched to the coverage Formula One has, with TV focus shifting more on Verstappen than on the World Cup final.

Verstappen won’t get much respite from the F1 circus before Christmas, when he will be fresh from stopping the F1 season until the end of December and traveling to South Korea for the Olympic test drive.

“In September we came back to a normal life in the last week of the season and had a lot of media for me,” Verstappen said. “We were sick after the race. That’s not possible this time.”