When former England captain David Beckham toured the world for his H&M Real Football project this spring, he showed his old soccer pals a course run by Jeffrey Dibben in Cambridge, England, named after… 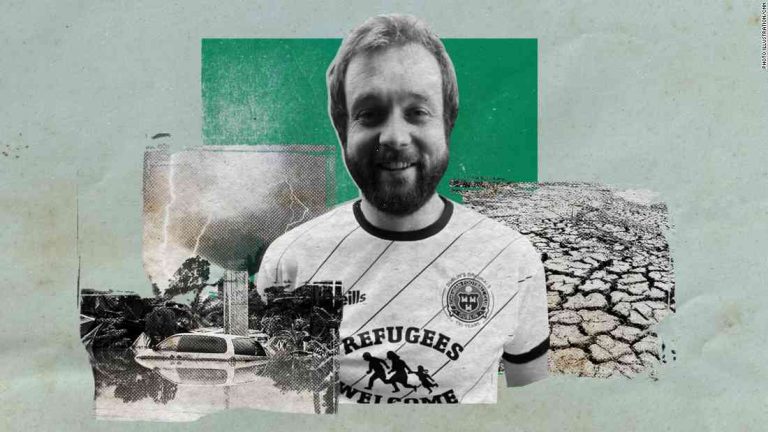 When former England captain David Beckham toured the world for his H&M Real Football project this spring, he showed his old soccer pals a course run by Jeffrey Dibben in Cambridge, England, named after the French archaeologist and historian. Each year, Dibben’s students are required to offer a lecture on a great and/or historical figure and fulfill the requirements by conducting fieldwork.

To earn their stripes, the students must examine ancient sites that have been excavated and are preserved for further study. The courses focus on people, places, things, how they relate to each other, so it’s not a straight get-in-and-get-out program.

Beckham does indeed encourage students to apply for the program, yet even he admits it isn’t always easy to win admission. This isn’t the first time that Dibben’s standards have been met with interest and skepticism. Before the first quarter of this school year ended, only a few had been admitted, and a handful remained for May.

Once in, Dibben said, “We’ve had people who have done some really amazing stuff.” One student is studying Gambian pyramids; another will write about early Dutch trading routes. Still another, who aspires to be an archaeologist and goes by the nickname Sunshine, has entered what will be his eighth course.

“Last year the school had 80 students,” he says. “But you can imagine that when you’re turning in performance reports that must be seen by 30 people.”

There are no age requirements, although there is a common understanding among scholars that those who want to travel to such exotic places probably will be off the grid for a while, which doesn’t exactly fit the mold of a quality high school education.

But Dibben says the most important thing is the flexibility of the program. “Sometimes a high school program doesn’t recognize a 16-year-old,” he says. “You would see the same kid twice this year maybe once a month. It’s hard to organize somebody back and forth between the country and college. We provide a program that accommodates both.”

Dibben moved to Cambridge more than 20 years ago from Texas, where he earned a doctorate in social history at the University of Houston. He then spent a decade teaching at Princeton. “And we had a field year in Madagascar,” he laughs.

Dibben still teaches in Cambridge, where he has worked on several projects and researched for numerous others. He grew up on an island with no trees and the lot was small, so whenever his family would come by to collect a few grocery items, “we would go off in the bush,” he says. “I learned to walk in the bush.”