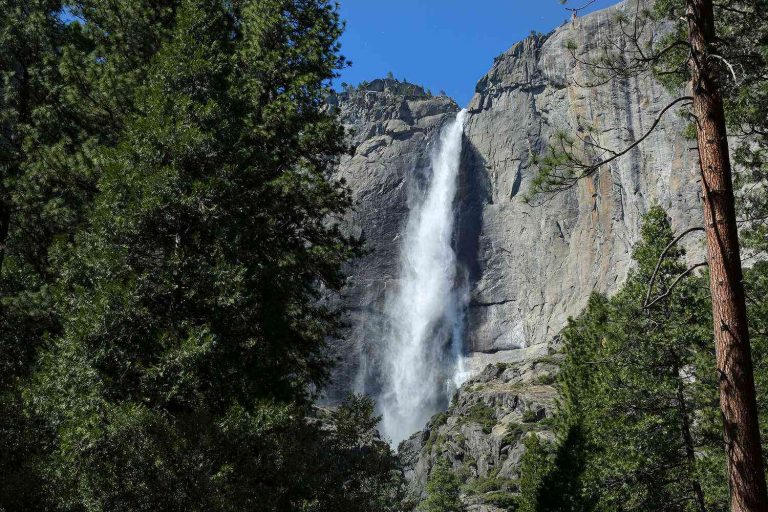 The storms that pounded the West Coast brought the kind of rainfall the area needs to recover from decades of drought and to restore streams that overflowed and flooded into parts of Yosemite National Park and other parts of California.

Howell, near Yosemite, saw up to 2 inches of rain since Sunday, while the popular site of Yosemite Falls received as much as 2.7 inches, said Yosemite Valley spokeswoman Kari Cobb.

Cobb said it was “absolutely the best that we’ve had in probably over 10 years.”

“It’s really beautiful to be able to see the vegetation is greening and the water flows look even better now,” she said.

More rain was forecast for the coming days and flooding risk was diminished because of the rivers and creeks now in check, said forecaster Kathy Hoxsie of the National Weather Service in Reno, Nevada.

Strong winds in Yosemite could still cause damage, however, she said. “The wind is not a huge threat but it could spin up some of the debris that’s floating around the area,” Hoxsie said.

The wind also could send debris flying over crowds gathered along the San Andreas fault for the start of a three-day climbing event, she said.

The park itself had escaped the worst of the damage, authorities said. But Yosemite trailways were closed Wednesday and Thursday so crews could clear debris in Yosemite Valley, where the vast landscape is covered in giant sequoias and other tree species.

The storms eased the worst drought in recent California history. The state recently achieved one of its best years of rain and snow in recorded history.

In downtown Sacramento, officials closed at least a few streets downtown, concerned that some of the large metal flashing that protects pedestrians from falling ice caused by winter storms was causing flooding.

Water on the sidewalk above one street in the King Street District of downtown Sacramento rose more than 4 feet, according to pictures sent to local news media.

In the Sierra Nevada, officials were closing about 10 miles of roadway because of high water.

Flooding was a problem in Yosemite, where a wash-out on the John Muir Trail detoured backpackers and other visitors away from the basin and visitor center.

Flooding and debris flows damaged hiking trails and roadways at the Hayes Canyon rock-art site and threatened to bury an old city water main. There was no word on the status of the road.

Cobb said park rangers inspected marinas and roads around Lake Tahoe and told boaters to be careful when docking.