A colossal flash of blue light hovered over the majestic Yosemite Falls on Friday morning, exposing the rust-colored rocks of the Rocky Mountains that surrounded it as Yosemite National Park reopened to the public… 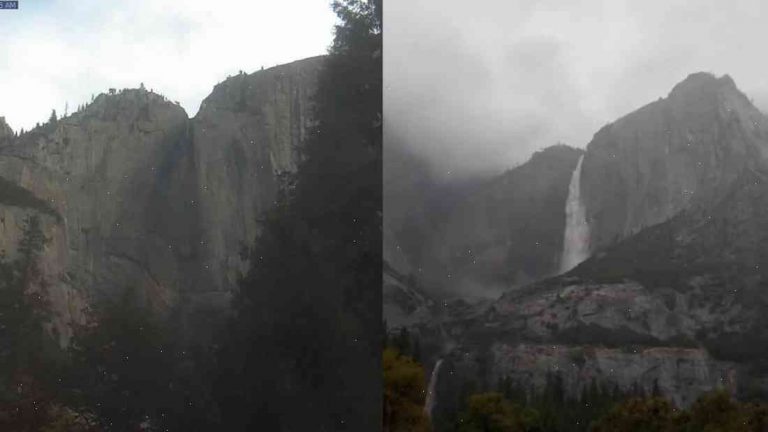 A colossal flash of blue light hovered over the majestic Yosemite Falls on Friday morning, exposing the rust-colored rocks of the Rocky Mountains that surrounded it as Yosemite National Park reopened to the public after major storms drenched parts of the West. A week ago, a car plunged into the dramatic Merced River at Yosemite while the raging water was raging through the park, triggering park closures. The flash of color is an enticing sight for new visitors, and for current park visitors, who may be unaware that the falls were actually on edge.

“In the case of the falls, (those) rock walls were actually coming up,” said Asst. Park Ranger Cody Call, who attended a gathering at Yosemite Falls on Friday. The dramatic blue light, he explained, is a reflection from deep inside the body of the steamy water.

The historic snow pack that formed after an unusually strong El Niño occurred last year means that most of the park is still ready for visitors this year, as park Superintendent Don Neubacher said when the national park announced this week that “it’s coming back to life.” The glacier-carved granite in the shape of Yosemite Falls and Yosemite Valley continues to be marked by dramatic rock formations that are part of its natural beauty. The Yosemite Valley also is being infused with different kinds of light and wine using sunlight that is high enough for crystals to shine, allowing park staffers to craft wines using natural succulents instead of synthetic chemicals.

The “rape cave” at Yosemite Falls, which is known for its “rare rock formations,” is safe to visit as long as the water level doesn’t exceed the “boiling point,” said Call. If a river swell does escape the ice along the Merced River and enter Yosemite Falls, it’s difficult to predict what will happen, said Call. “It’s a volatile combination,” he said.

“We’re taking it one day at a time,” he continued.

Read the full story at Quartz.