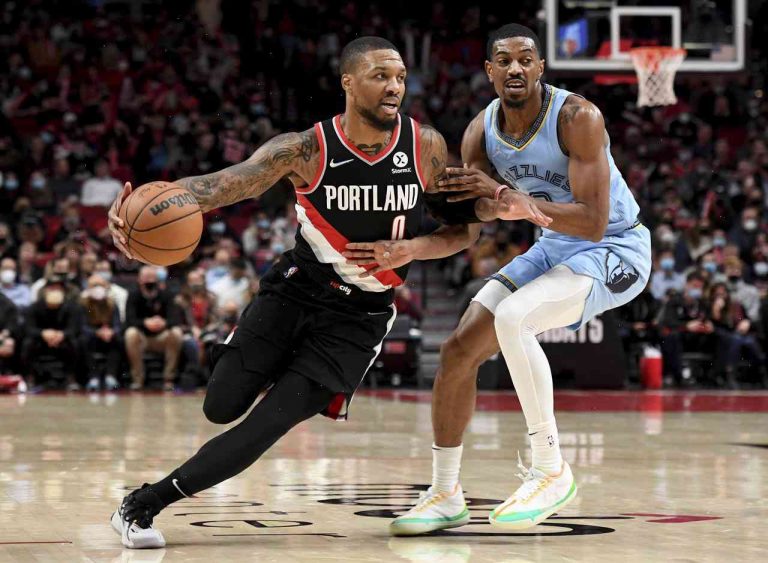 (SportsNetwork.com) – The Portland Trail Blazers are now halfway to a postseason berth, following a 116-96 victory over the Memphis Grizzlies on Sunday night.

Damian Lillard and CJ McCollum scored 25 points apiece, Al-Farouq Aminu finished with 19 points and nine rebounds and the Trail Blazers got 21 points off the bench from Evan Turner.

Memphis is 4-9 since the All-Star break and enters Monday having lost five of six games overall. Marc Gasol led the Grizzlies with 27 points and Tyreke Evans posted 17 points.

The Grizzlies made only 10-of-28 shots in the second quarter. Aminu hit a jumper to snap a 5-for-13 showing and Portland took advantage as Lillard, Turner and Aminu combined for 15 points during a 15-2 run that built a 50-35 edge.

Memphis was in the game the rest of the half and cut its deficit to 58-50 at intermission.

McCollum extended the lead to 16 points early in the third quarter before giving Portland an 81-66 edge entering the fourth.

The Trail Blazers cruised from there. They were up 96-76 entering the final stanza and Memphis never got closer than 14 the rest of the way.