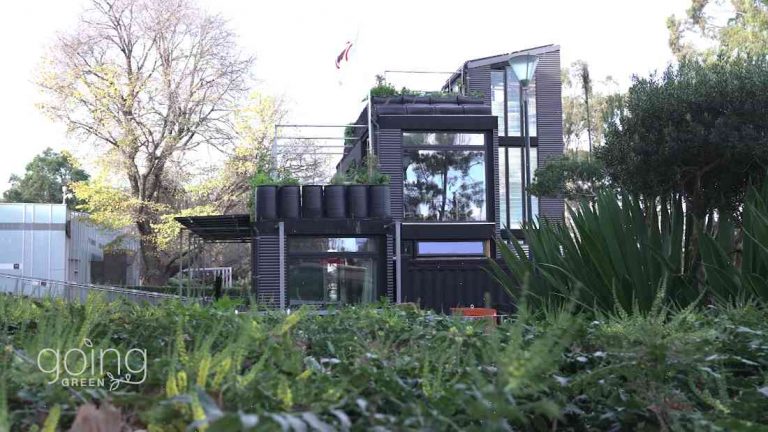 This house might be the most sustainable in history.

Inside, there’s no electricity, no heat or hot water.

However, it manages to power itself, while also turning its entire roof into solar panels.

Developed by Melbourne designer Walter Adler, the ‘Boldness’ house is designed to save as much energy as possible.

Although it has no actual floors, the house is stacked on top of itself, and is supported by the steel and concrete beams that run all the way around it.

As it stands now, the house is cantilevered between two towers, suspended on a 500-metre long tower by one steel support beam which could be mistaken for an overhead cable.

Adler claims the houses cannot be considered as self-sufficient as they are self-sustaining.

They use state-of-the-art thermal and other systems to manage heat loss, which he says is equivalent to the weight of a small car.

Even so, he does say he’s able to keep the average Australian city living room thermodynamics at about 4.2 C, while still providing a small amount of comfort for his occupants.