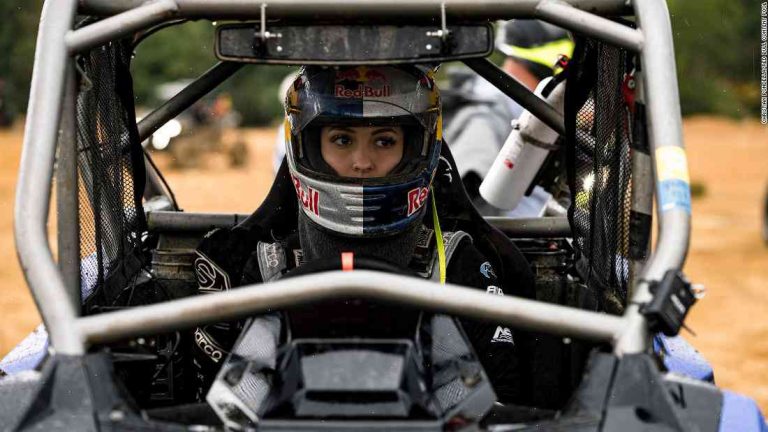 Julia Parker doesn’t believe that gender bias has held her back from pursuing a successful career in the male-dominated sport of off-road racing.

Racing across Europe for years, the 19-year-old daughter of a mechanic originally from the Isle of Man has the opportunity of a lifetime: to race at the world championship in California with other female competitors from around the world.

“Men call me Junior, I call myself Helen. My dad is still the mechanic and my family and friends all respect me for doing what I do,” said Parker in a video interview by Yahoo Motorsport.

A tour of Parker’s car shows it is an almost exact match of a Lexus SV convertible which is set to take part in the first-ever solo woman to compete in the sport’s world championship, to be held from 3-5 December, alongside men from all over the world.

A track test at the Enduro International road race festival in France showed that she could even outpace the Lexus driver Chris Parry.

Of course, the teen doesn’t intend to lose sight of what makes her unique to her male rivals. “I hope to gain more sponsors, make money and even maybe be the top female race car driver in the world,” said Parker.

“To some extent my level of personality allows me to navigate men better than the men do, because I get frustrated that I can’t get closer to the front.”

Parker, who started by racing classic racing cars, has not experienced the same degree of cultural pressure as her female competitors.

“I think I’m a tougher competitor in terms of guys doing the same job, because I am just not as accepting of mediocrity. I just hold my own and maybe that is down to me having a tougher personality,” she said.

Though women in motorsport were aiming to make history in 2015, when female British off-road racer Lizzie Abberton became the first woman to race for a major European teams, this year they were again ignored as Parker was sidelined on holiday to be ready for the upcoming world championship races.

“It would be great if she did because I respect that she is taking that kind of step, but that won’t happen. I always said: there is no reason why you cannot have the world championship with men and women in the final,” said DJI UK boss John Bristow.