KHARTOUM, Sudan – Sudan’s president placed the cabinet under full parliamentary control on Wednesday and announced that the country was plunged into chaos as the governor of the northern state of Darfur fled into… 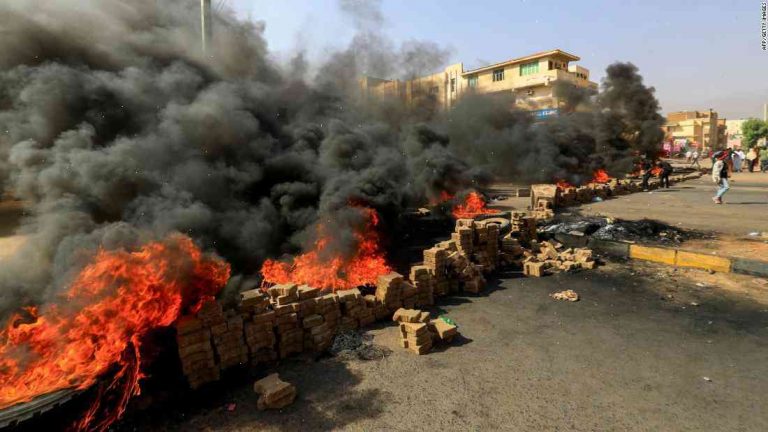 KHARTOUM, Sudan – Sudan’s president placed the cabinet under full parliamentary control on Wednesday and announced that the country was plunged into chaos as the governor of the northern state of Darfur fled into exile while activists reported a coup.

The dramatic shift in state power comes a day after a major political opposition movement, the Sudanese Professionals Association, announced a secessionist demonstration scheduled for Saturday. Authorities fear the demonstration, which is largely organized by the same coalition that led the anti-government demonstrations last month, will spark a fresh wave of violence.

The development raises concerns about a possible military takeover in Sudan, where for more than half a century an all-powerful president and a heavily-armed military have remained at the center of power.

“We hope that the coup-plotters are not able to rule this country through fraudulent elections in 2020,” said Abdelmalek al-Wakeel, a spokesman for the umbrella organization.

In a nationally televised speech, President Omar al-Bashir declared that security forces had overcome the attempted coup by dissident party members. “The emergency minister is the new president of the state,” he said, citing a move by his Dinka tribe and accusing opposition groups of setting the security forces on their heels.

Bashir spoke as authorities in Khartoum repeatedly tried to block journalists from the previously banned demonstration with tear gas and another round of metal batons. Heavy traffic was also blockaded at the entrances to city streets where an Alawite government ministry building and the Union Ministries of Justice and Defense are situated.

Protests and demonstrations erupted again across Sudan following the announcement of Sunday’s decision by the government to increase the official price of bread by 8 percent and add two additional lines on the price of fuel.

State-run media blamed the protests on a group of “insurgents” inside parliament.

The day began with Darfur governor Zain al-Abdeen Ahmed and his security guards separating opposition party leaders from journalists. Ahmed and his guards escorted the opposition leaders into an armored vehicle and joined the local presidential guard at a military base.

At several government buildings the opposition entered, journalists were blocked from filming.

Early in the day, hours after the announcement of the postponement of parliament elections, opposition party leaders rallied in Omdurman and in other parts of the country where they chanted anti-government slogans.

Bashir, 75, has ruled Sudan for over two decades and had already seen several members of his family detained during protests over price increases and unemployment that began in the southern governorate of Wau last month. Dozens of demonstrators have been killed.

Bashir’s rule has been marred by atrocities in Sudan’s western Darfur region, where an estimated 300,000 people were killed in attacks between 2003 and 2008, according to the U.N. The African Union-United Nations Hybrid Operation in Darfur (UNAMID) has said the toll is likely to be 10 times higher.

The Sudanese army has brought in troops in large numbers to suppress the protesters. On Sunday security forces opened fire on thousands of demonstrators in Omdurman and ended the demonstrations after using tear gas and batons, then arrested demonstrators and opposition leaders.

But following the death of two people from a Sudanese Oil Company security force shooting incident in Port Sudan on Tuesday, pro-government media rushed to all-out print against the opposition parties and called for security forces to act “to protect national security” and arrest those participating in the demonstrations.

By Wednesday, it had spread to state media and hard-line politicians, newspapers and radio stations.

“Everybody is backing the government’s stance that the opposition protesters will not stay in the streets,” said Muhammad al-Ghishir, a former minister in Bashir’s government who himself was detained during the September protests.

Epic family business is celebrating with many ingredients, from every part of Italy