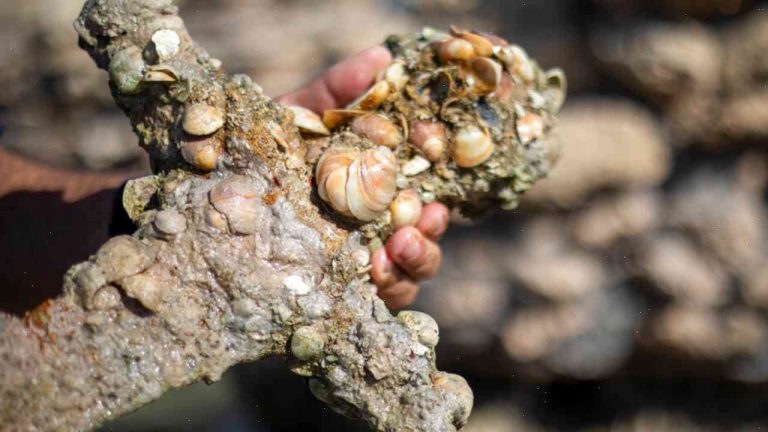 A 700-pound sword capable of killing from 400 to 600 pounds of flesh that may have been used by a British knight on his travels has been discovered on the beach near Turkey’s Mardin province. The sword has been authenticated as being the weapon used by Old Spanish Escadrille, a group of knights who fought as Christian Crusaders in Spain during the 14th century. Known as the “Valmira Sword,” the blade was used by 14 men, each of whom was believed to have carried it roughly once a month. Members of the medieval understaffed cavalry unit were tasked with capturing land from the Muslim Inquisition in what is now northern Spain. The Valmira sword may have found its way into the sea following a clash with a church and another group known as the Seljuks.

In 2010, a captain from a Turkish dive boat found what he believed to be the Valmira sword. Since that time, researchers have studied the blade and have determined that it is the same blade that knights carried into battle. The sword’s handle has been shined into a golden hue, with gold-flecked incisions left on the blade’s handle. The sword could be worth more than 500,000 Turkish liras ($225,000), according to Cihan News Agency. The sword was given to the town of Harasuyu in 1999.

Watch the official announcement of the sword’s authenticity below.