Photo The daughter of a Jewish mother from England and an Irish father from the U.S., Emma Hayes was born in Danbury, Connecticut and raised in Massachusetts, Rhode Island and Connecticut. At 21, after… 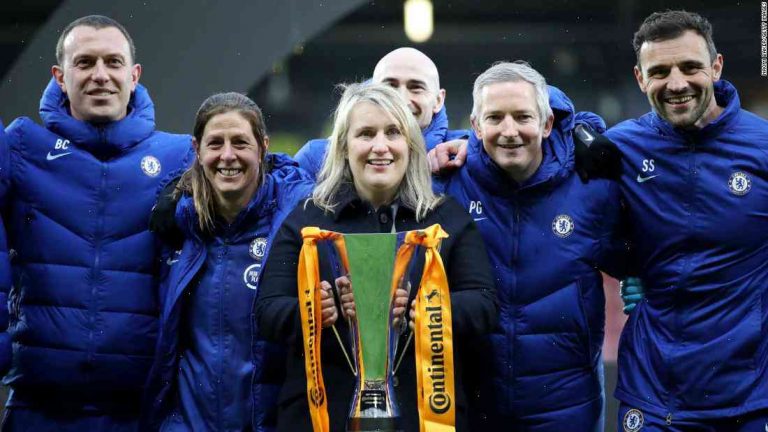 The daughter of a Jewish mother from England and an Irish father from the U.S., Emma Hayes was born in Danbury, Connecticut and raised in Massachusetts, Rhode Island and Connecticut. At 21, after only a year at coach, she was hired by Chelsea to coach their women’s football team. Her four years at Chelsea were the fastest paced in history, with five league championships and a quadruple prize money season. The U.S. team, which she said produced “some of the most impressive athletes in the world” under her leadership, played in their first international tournament in 2009, traveling to New Zealand. “I moved to New Zealand and was charged with the unenviable task of preparing our women’s team for the World Cup,” she said. “We had to overcompensate and educate ourselves about the more ‘real’ women’s football, which is peculiar because it was a tournament that was launched just five years earlier.” Four years later, Chelsea won their first Women’s FA Cup (now called the FA Women’s Super League) under Hayes, and immediately began aiming for the ultimate prize. The U.S. team lost in the final on penalty kicks after the two teams played to a 1-1 draw. “It was a special moment to be involved in a team that was so determined to win a World Cup,” she said. In 2015, Hayes coached a team of the U.S. Women’s National Team to a 3-1 win in the Women’s Champions League final in France, the first women’s team to do so. “I thought for sure we would find a way,” she said. “One of the biggest challenges we faced in women’s football is that soccer doesn’t get ‘locked in’ with cultural or national identity, whereas other sports do. Women’s football could be found as ‘just another sport’ and [there were] a lot of misconceptions about the women’s national team.”