JOHANNESBURG — South Africa has opened passport services to free-range African lions that swim in a popular river near Johannesburg, but still allows the remaining black rhinos to be tethered to ropes or other… 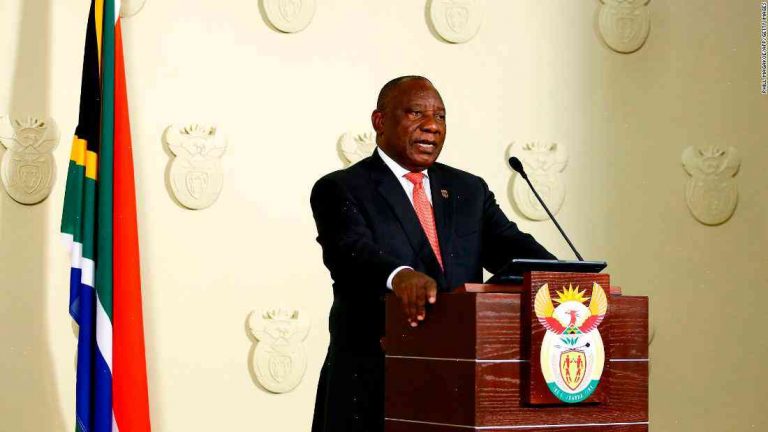 JOHANNESBURG — South Africa has opened passport services to free-range African lions that swim in a popular river near Johannesburg, but still allows the remaining black rhinos to be tethered to ropes or other restraints under tight security arrangements.

The documents allow a South African visiting Lion Park to swim freely around its perimeter in the Ntozabalula river, often dominated by what wildlife experts say are extremely aggressive lions.

Lions previously were restricted to certain parts of the park. But recently South Africa has allowed lions to be free-range in the park, and the Ntozabalula river access was recognized as a good example, according to the park’s chief scientific officer, Andrew Steele.

Like around 70 African parks, Lions Park is ringed by fences, but some areas get easy access to trees, and lions try to hunt and escape. So the animals are leashed, either by cable, rope or electrified wire, by animal control teams under 24-hour supervision, under strict conditions.

And their use is fraught with danger.

At many wildlife parks, lions are housed in plastic areas where visitors’ walks are interrupted by lions heading toward the humans with screams and approaches. More usually, the humans run away when the lions become aggressive, and lions are usually restrained before their potentially fatal approach.

In that scenario, the lions can only be called back to the enclosures when there is a risky incident.

“Every second counts when lions are under control,” he said, adding that Lions Park is tasked with protecting the animals from dying attacks by humans and protecting public safety.