Our worst winter on record had a happy ending. That’s because it was made with a special ingredient.

Eighty years ago, many northern regions of the world — including Canada, Alaska, Iceland, Sweden, the Arctic Circle and Greenland — were blanketed in thick blanket of snow during the winter months. These days,… 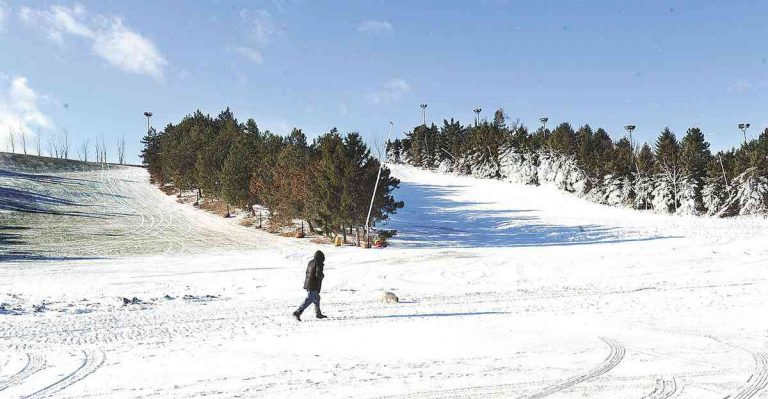 Eighty years ago, many northern regions of the world — including Canada, Alaska, Iceland, Sweden, the Arctic Circle and Greenland — were blanketed in thick blanket of snow during the winter months. These days, however, it is common to find people bundled up in temperatures well below freezing on sidewalks and ski slopes across the U.S. It’s also prevalent in other regions of the world, especially in Europe and the Middle East. But at least in the U.S., the time is coming when this cold streak will end. And apparently, there’s a good reason that we haven’t seen a white winter yet.

Rebecca Ashwood, author of 2018′s Michigan at War: A Defense of American Engagement, says that we are in the midst of an era of polar vortexes that are here to stay. “Climate change is driving climate change,” Ashwood told New York. “And this isn’t going to go away — it’s going to continue for years and years.”

So what does that mean for skiing and snowboarding in Toronto, Canada, where Centennial Park, a frozen pond at the end of the Toronto Islands, hosts an annual winter Olympics?

In a recent piece for The New Yorker, on what it means to ski at Centennial Park over the years, Noah Carrell asks this:

If the proper conditions never exist at the end of spring or early summer, can it really make sense to spend a few hours bundled up on a hard-packed, velvety-white surface, drinking beer out of plastic cups like Ben from The Shining, struggling with chain lifts and swirling around giant oil stoves?

Sadly, the answer is a resounding no.

According to Carrell, this winter’s frequent cold snap shows that the type of powdery snow that Centennial Park provides is no longer possible. So the decline in cold weather is met with a growing popularity in warmer winter activities. Businesses on the Toronto Islands report that the decision to abandon the lakeside park was made in October 2018. In an exclusive interview with New York, Dean Maki, president of the Royal Oaks Association, which represents the families that own the huge lake house near Centennial Park, said that after speaking with Toronto Mayor John Tory, they made the decision to seek an alternative destination. The family who owned the lake house plans to use the backyard to enjoy warmer weather. Maki said their plans were made more complicated by the fact that they own an historic bungalow. Because of the historical interest in the property, they must receive permission from all historical bodies, including the Ontario Heritage Trust. “What an uphill battle that was, because we’re protecting a home,” Maki said. “You know, to preserve a house’s history — it’s not that easy to do.”

Meanwhile, the Toronto Islands are becoming more popular for everything other than skiing. The city opened the shores of the islands to bikers, skateboarders and cross-country skiers. A private company, Who’s Taking the Squamish, offers afternoon cruises up the South Shore of Lake Ontario — a 35-minute ride that will cost $39 per person and take guests from The Banks, high above Centennial Park. Meanwhile, a bike tour company recently opened on Toronto Island called Island Walks. “We’re doing a ‘Grand Tour’ of Toronto Island,” said co-owner Deborah Mehach. “It’s an immersive experience.”

Well, it’s certainly easier than skiing down an icy slope in bare feet. But at least you can enjoy the views while you are waiting for the winter season to open back up.