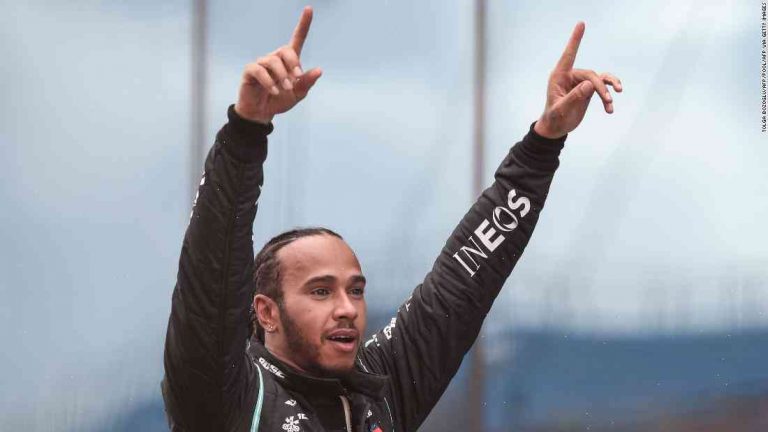 Lewis Hamilton equalled Michael Schumacher’s record of seven world titles after winning the Mexican Grand Prix with a brilliant drive to take the crown as the youngest ever triple champion.

Hamilton managed to hold off Sebastian Vettel’s strong challenge from the Red Bull drivers, Max Verstappen and Daniel Ricciardo, despite the duo frantically closing the gap on the past 11 laps.

Vettel, 37, was a lap down on his Mercedes rival by the end of the race after a disastrous strategy gamble on the last lap of the race paid off for the German. The Ferrari driver finished fourth behind Verstappen.

Hamilton had topped the table all year and, after the win in Mexico City, has now overtaken Schumacher to become Britain’s most successful Formula One driver. Hamilton had dreamed of overtaking Schumacher, but now has one trophy to add to Schumacher’s five.

“Obviously I’m not here for the history. Michael was a legend for me and I have been working so hard to get here,” said Hamilton. “Everyone knows I’m not a stats guy.”

The former MotoGP world champion Valentino Rossi, riding for the Indian tour team Chiesi Suzuki, was hospitalised in Valencia following a horror crash at the Grand Prix. Rossi’s bike came off the track as he passed home and struck a turn at high speed. In a shocking end to the race, the Italian could only get up and walk away.