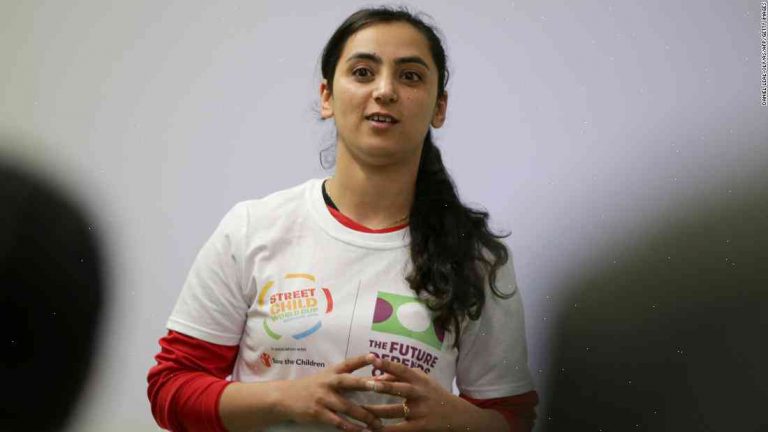 Former Afghanistan national team captain Khalida Popal has spoken out about the horrors of the country’s war-torn past and her enduring memories of playing football.

Popal, who played 58 times for her country between 2001 and 2006, was only 14 when her brother, player Basit Popal, was killed in a suicide bombing in Kandahar.

She was thrown out of school and told to leave the country.

“How could I have a child like that? I can’t accept that. I never thought he was mad but he had guns so maybe he thought I’d get used to the weapons,” Popal told the BBC.

“I was only 14 and I had no job so all the Afghan children really had to become the policeman or the soldier. I had to give up my dreams of being a doctor.”

The massacre came at the height of the insurgency against the Taliban’s rule – a conflict which has lasted 20 years.

Popal has never forgiven Pakistan for fuelling the war and for sheltering and funding the Taliban. She says at that time sport was not allowed in Pakistan.

“In the era when they had the Taliban they were against all sports and we were not allowed to go to Afghanistan.

“We used to have what would be now called fan camps. In these camps we’d play football and then we’d take the ball back to the other border [with Pakistan] and play the last part of the game.

“They wanted to break us physically and emotionally. By the time we got home we’d become unfit to go on.

“I lost my dreams in the end, but I was not disappointed.”