A 2017 Karting driver faces a possible ban after a video of him assaulting another racer has gone viral on social media. In the clip, by way of commentator Joseph “Tommy Vietor” Nava, Ryan… 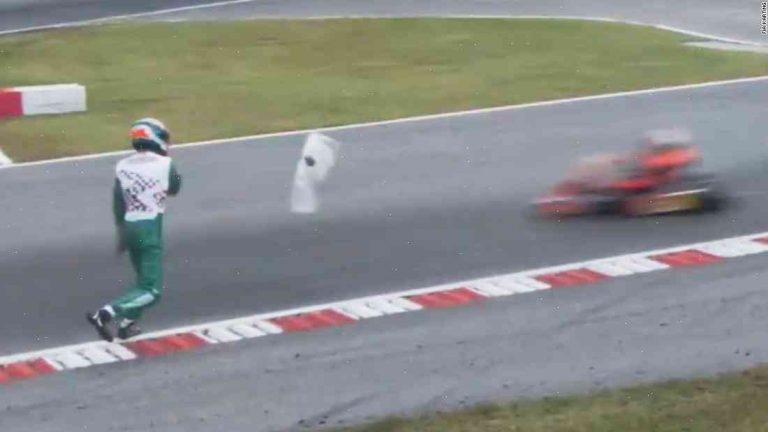 A 2017 Karting driver faces a possible ban after a video of him assaulting another racer has gone viral on social media.

In the clip, by way of commentator Joseph “Tommy Vietor” Nava, Ryan Brunt appears to deliberately try to run down Ricky Sidhu in a crosswind at an event in New Jersey.

Sidhu is bundled to the ground and accused of intentionally running into the back of a passing race car.

The video also shows the video and other footage of the situation. Brunt, who claimed there had been an error with his karting race car, left the scene after the incident, which happened at X-Speed Raceway in Bricktown, New Jersey, according to USA Today.

Brunt’s lawyer, Domenic Cianci, claimed that Sidhu himself started the argument, at which point Brunt responded in self-defense. Cianci told USA Today that Brunt was being “singled out” and that he wasn’t the only driver in the race incident who was accusing Sidhu of trying to run him over.

In response to the video, Alanna Speer, SRT Events Vice President, said, “Our customers are our top priority at X-Speed Raceway and our responsibility to them. We are already involved in an investigation into the incident, which occurred during our recently concluded public facility inspection.”

“We work with all of our teams and competitors,” Speer said. “It’s important for them to be professional and treat one another as they would like to be treated themselves. This is an unfortunate incident and we are evaluating our program to ensure this does not happen again.”