This article is over 6 months old Sidney Harlow, 61, was hit by a vehicle as he approached a picket line at the facility in Jarner, Kentucky John Deere worker struck and killed by… 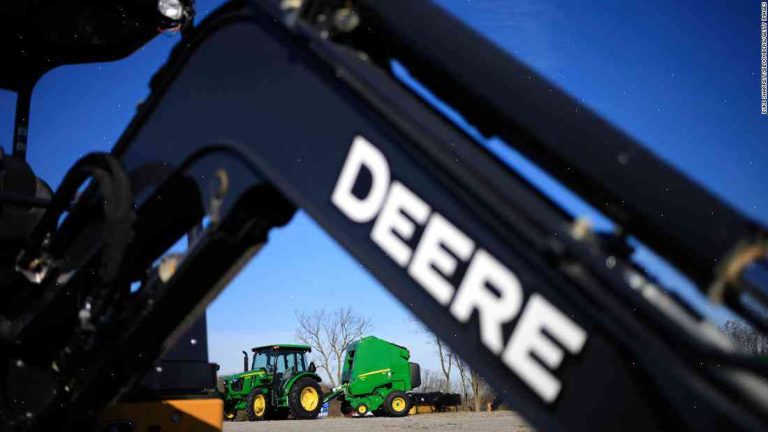 This article is over 6 months old

Sidney Harlow, 61, was hit by a vehicle as he approached a picket line at the facility in Jarner, Kentucky

A 61-year-old John Deere worker was struck and killed by a car while crossing a picket line at the facilities in Jarner, Kentucky, on Sunday night.

The worker, named by the Louisville Courier-Journal as Sidney Harlow, was wearing a John Deere jacket and walking to the picket line while marching with other union members when he was hit by a vehicle that stopped to let the other worker through.

Kentucky’s American Federation of State, County and Municipal Employees has warned workers that management intends to replace them with non-union workers at the plant.

Union workers have been picketing for more than a week after John Deere attempted to replace most of the 130 employees at the plant.

“John Deere Corporation is saddened by the tragic loss of a member of our JDCJF family,” the company said in a statement. “We express our most sincere sympathies to the family.”

The factory assembles harvesters and is not part of the company’s irrigation division.

The Jarner police chief, Chad Andrews, said Harlow’s body was flown to the Kentucky medical examiner’s office for an autopsy. Andrews said the vehicle that hit Harlow’s body was travelling southbound in the northbound lane.

“The driver has been cooperative and remains at the scene,” Andrews said.

At a rally outside the plant a week ago, workers said management had “screwed us” and threatened to dismantle the plant. It followed management sending a message to workers telling them they could either stay the workweek for the summer, or resign and take temporary jobs with “a higher pay rate and benefits” at Deere’s plant in Italy, Kentucky.