Written by Staff Writer The union was in the middle of a contract dispute when the accident happened on Monday. John Deere employees filed 14 complaints and one grievance over the company’s “breaking and… 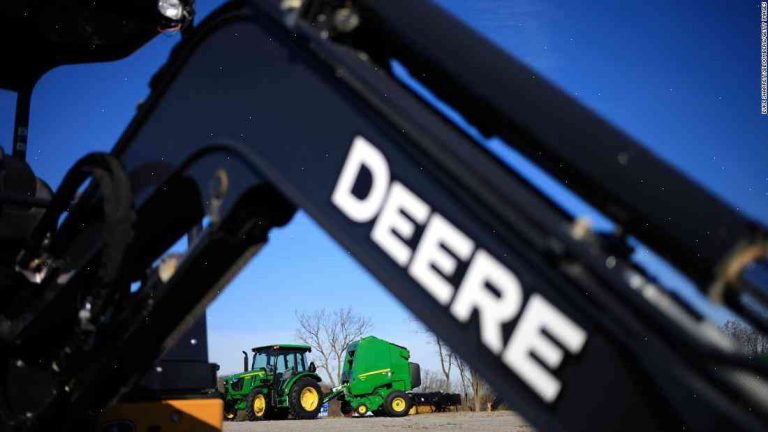 The union was in the middle of a contract dispute when the accident happened on Monday. John Deere employees filed 14 complaints and one grievance over the company’s “breaking and locking out” process between December 31, 2017 and March 31, 2018.

There were a number of other safety concerns facing the workers — including unsafe and insufficient training for workers to operate heavy machinery and use equipment, dangerous and unregulated use of rubber bullets to control crowds of protesting workers, unsafe and inadequate safety provisions at the company’s factories, and industrial accidents including two in 2018 where workers sustained serious injuries due to equipment failure and impact with chemical-filled equipment.

John Deere workers were on strike in Wisconsin on Monday, April 23, when one of them was hit and killed by a vehicle driven by a supervisor. The worker was pushing a big truck out of the picket line when a man driving a Chevy Impala hit the man and then drove away, Milwaukee County Sheriff David Clarke said.

The driver has been identified as Jose Medina, a supervisor at the John Deere Turf Seed Plant. He has not been charged, pending further investigation.

“The victim had been severely injured,” the sheriff’s office said in a press release. “The man was later pronounced dead at the scene by the Milwaukee County Medical Examiner’s Office.”

Calls and messages left with a John Deere spokeswoman were not immediately returned.

The victim, a 30-year employee of the company, was not part of the strike and was at the plant Monday for work when he was struck, county Sheriff Clarke said.

The department did not immediately release further details about the crash, citing the active investigation.

Randy Blankenhorn, secretary/treasurer of United Food and Commercial Workers Local 916, told CNN affiliate WISN that the union members were in mourning after the “heartbreaking” accident.

“Our hearts go out to John Deere,” Blankenhorn said. “Workers are always the last ones to know when someone is hurt or when someone is killed. It’s terrible, especially when it’s in our midst, right down the street, and it’s in front of our wives, children and families.”