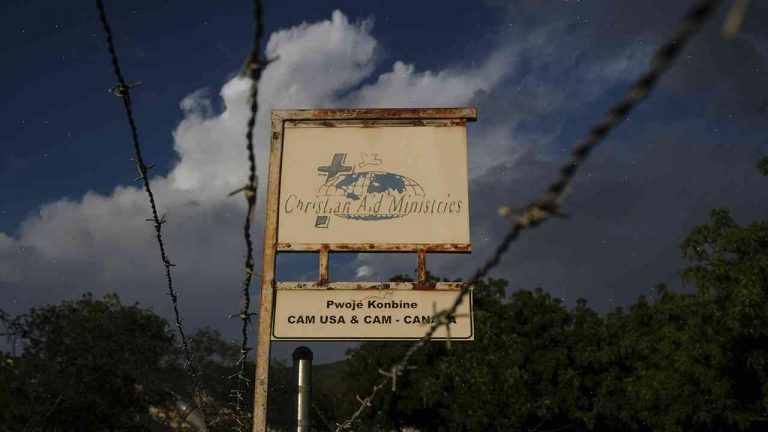 The owner of a Haitian gang accused of abducting and trafficking some of the Americans being held hostage in Haiti said he was ready to kill any of the hostages if authorities did not release them.

Kenneth Ray Debeug Quezada, a gang leader and father of five, reportedly told police on Sunday that he would kill the hostages if they were detained as soon as the international teams freed them. The government said the hostages were safe.

Quezada reportedly made the remark during a meeting with police commandos and hostage negotiators at a safe house. He also threatened to attack officials who attempted to rescue the hostages.

Police chief Wilfred Justice said the hostages, including two Dutch citizens and three women from Seattle, arrived at the safe house on Monday. “They were kept safe,” Justice said. “They were passed safely to police to receive a police escort.”

Justice said the hostages were in good health.

Montserrat Ernesto Robles, the Dutch national, and Anna Rihana Rabot, who recently moved to Hawaii, were part of the group that was kidnapped by gang members two weeks ago while returning from a church trip to Haiti.

Jeffrey Hatcher, a lawyer for the hostage families, told the “Windermere Today” radio station that two parents of the women in the group, Beth Anderson and Ben Triola, flew to Haiti to be with the hostages. He also said a Dutch man, Johannes Wilfred Eyskotte, also was part of the group.

The group disappeared on Dec. 22 after they stopped for breakfast at a hamlet near Les Cayes, a coastal town about 60 miles north of Port-au-Prince.

One week later, three of the women made a video pleading for help. The parents and son of the other woman arrived in Haiti last week to see her.

Elisabeth Dick of Windsor, Oregon, has maintained contact with authorities to help negotiate her granddaughter’s release. Dick said officials had given conflicting information about the situation.