Story written by Turner Brinton, CNN CNN obtained a video that shows one of President Donald Trump’s allies bragging about intimidating a prominent Democratic donor. The video obtained by CNN is part of a… 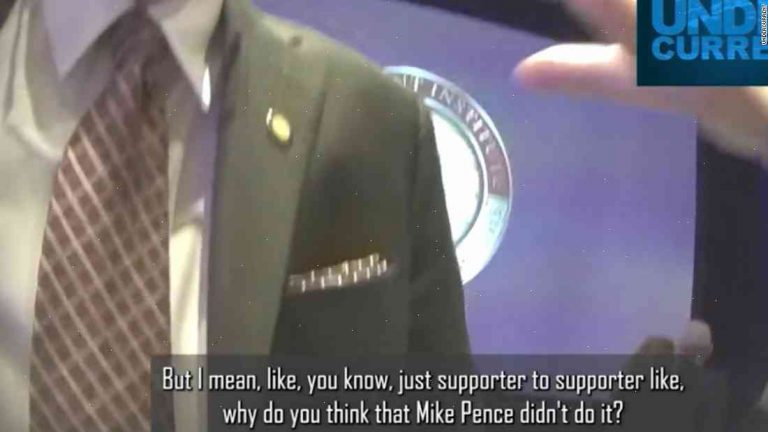 CNN obtained a video that shows one of President Donald Trump’s allies bragging about intimidating a prominent Democratic donor.

The video obtained by CNN is part of a well-publicized 2015 recording in which a handful of Trump advisers are heard disparaging various political adversaries.

On the recording, Charlie Kirk of Turning Point USA is seen in an altercation with at least one donor.

“My God, it’s such a loaded word, and nobody’s going to use it,” Kirk is heard saying as a fight breaks out. “But … I just took his picture, and I’m not going to say it, so stop asking me about it.”

The tone of the fight is described on the recording as “political.”

Shortly after CNN obtained the video, Kirk told the network in a statement: “I’m embarrassed and saddened about these events. … Sometimes, I shouldn’t have said things that I did and I regret the choices I made as a result of this fight.”

The recording, made public several months ago, showed the Republican consultant berating Meeks and including the slur, “F***ing p****.” Kirk also referred to Meeks’ wife and children as “shooting dogs.”

CNN reported the transcript and audio in September, when part of the recording had already been made public. At the time, Kirk denied making the statement. The video first surfaced on the Drudge Report, which has given Meeks support.

Trump allies are now ranting about CNN’s revelations again as they step up their efforts to discredit the news organization.

“Emails obtained by CNN show the president’s longtime lobbyist, Marc Kasowitz, was hoping to secure a meeting between President Trump and one of Fox News’ biggest boosters: Israeli Prime Minister Benjamin Netanyahu. He delivered the message, according to emails obtained by CNN, “thanks for you help with that.” The Israeli government, like much of the world, is deeply wary of President Trump.

In a clip shared by one ally, the news network’s word “Threaten” is shown — not CNN, but a member of the Resistance movement.

One leader in Trump’s circle calls CNN’s video “one of the most important pieces of media this year.”

“CNN’s message is that the president is being confronted every single day with a constant onslaught of some very disturbing things in relation to this White House,” said Steve Bannon, the former chief strategist.