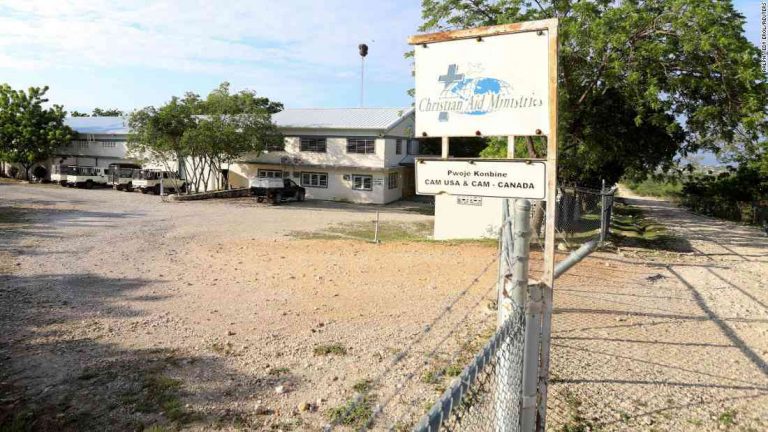 This article is over 7 months old

Haitian police say they have captured six people who were allegedly involved in the kidnapping of three Americans for $17m.

The US ambassador in Haiti, Elizabeth Benjamin, said the diplomats at the embassy in Port-au-Prince were in touch with the kidnappers via the Haitian National Police. The US embassy on Saturday said it would work “closely with our government and the Haitian government to bring these dangerous criminals to justice”.

Four of the men arrested are Haitian and one is from the Dominican Republic, the Haitian police commissioner for the northern department of Port-de-Paix, Paul-Louis Arbour, said.

One man was injured and the captured suspects were interrogated and implicated in other robberies, Arbour said.

The three Americans were kidnapped on Wednesday by gunmen who held them for two days at a port in southern Haiti before releasing them unharmed in a remote forest region in the far north-west.

Their Haitian partners, eight missionaries from the Portland-based Church of Jesus Christ of Latter-day Saints group, were released on Sunday in a heavily secured area near the border with the Dominican Republic.

Haiti’s interior minister, Francois Anick Joseph, said US police were taking over investigations into the kidnapping.

In the years after the 2010 earthquake that toppled President René Préval’s government, many moneyed Haitian traffickers assumed a false cloak of legality in towns in and around Port-au-Prince.

However, some organized criminal gangs remain active in the north, where Haiti’s slums are surrounded by palm-fringed hills and jungle.

‘Eraser-squirrel’ robot might bring U.S. service men and women back from the brink