Apparently, there’s a fifth element — “Rust” — to that crime that they are still working on, police say. A child fatality appears to be part of the mystery that surrounds the death of… 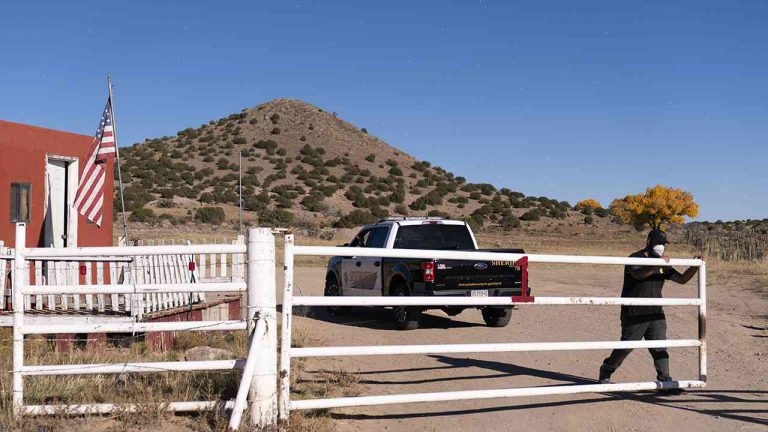 Apparently, there’s a fifth element — “Rust” — to that crime that they are still working on, police say.

A child fatality appears to be part of the mystery that surrounds the death of a 4-year-old suburban New York girl found in a bag with her 5-year-old brother, who police said was unconscious when they were called to the home where she lived with her father.

NYPD Deputy Commissioner Stephen Davis said Thursday that the investigation is still in its early stages, but “it’s a very complicated case.”

Investigators are working to identify a child fatality that they believe occurred when 4-year-old Lulu Krim died after the backpack containing her and her brother was dropped in a Dumpster in October 2011.

The Wall Street Journal reported Thursday that a source said the body of a 5-year-old boy “appeared to match” the boy in the bag.

However, authorities said there was no “consistent DNA evidence or witness accounts to identify” the boy.

Davis, asked if “Rust” was missing, said, “I’m not commenting on that.”

When asked if the cause of the fatality had not been identified, Davis said, “It’s a puzzle.”

Lulu and her brother, Leo, were found by their mother, Marina Krim, in a bathtub in the bathroom of their neighborhood playroom in the East Harlem neighborhood of the Bronx.

According to a story released Wednesday night by the NYPD, the girl was found in the tub by Krim after she did not return from feeding the children earlier in the day. Krim used a bathrobe to put her child on the ground to do so.

She was overcome by the stench of death and sobbed loudly when she saw her son in the tub. Leo, despite suffering severe head injuries, had vomited.

NYPD Commissioner Ray Kelly said at a press conference that the boy was in a bathtub that the cause of which was the death of the girl and is in the “cardiac arrest stage of the investigation.”

All the medical facts and the cause of death of those children is not known.

They arrived on the scene and they immediately saturated the area and started the search.

We don’t have the cause of death yet, but by all accounts, it appears to be a tragic death.”

The child was taken to New York Presbyterian Weill Cornell Medical Center, where she was pronounced dead.

About 8 p.m. Wednesday, detectives and other officers went to West 229th Street and the Dumpster “to look through it for evidence and a victim,” Davis said.

“Upon our arrival, we found two young children,” who both had injuries which were consistent with injuries from a fall or a fall from a tall structure,” he said.