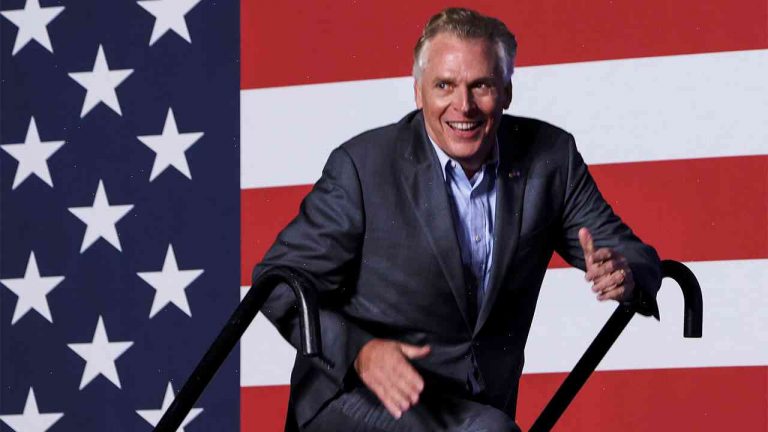 CNBC anchor Erin Burnett told reporter Erin McPike, (bottom) that her involvement in the McAuliffe campaign was “far beyond what a reporter is supposed to do.”

The fight began when the McAuliffe campaign linked the video above to Burnett’s on-air coverage of a McAuliffe senior adviser’s visit to a local charter school and worked to put her name on a petition against McAuliffe’s education agenda. Her full involvement was never fully clear, and McPike found herself at the center of a fray over charter schools: An online petition against McPike had over 21,000 signatures as of Tuesday evening. McPike responded that “I mean what I do” and Burnett insisted it was “far beyond what a reporter is supposed to do.”

The public perception of Burnett’s current role in the McAuliffe campaign—or any Trump campaign or any other campaign for that matter—would be one closely tied to the credibility of the reporters with whom they work. However, it’s unclear if that perception is sustainable or just poorly informed. In recent years, a handful of high-profile reporters have had negative associations with former presidents, business leaders, celebrities and candidates in the political arena.

Burnett “definitely agrees” that her campaign role is a problem for her as a journalist, according to a recent CNN/ORC poll. “I understand the concern. I do. I think it does impact how people feel about my legitimacy as a reporter. And I think there is concern within the industry right now about some of the spin and some of the fluffiness that can really overwhelm a lot of the seriousness that’s supposed to come off when you’re covering politics. But I don’t think it’s necessarily new.”

“It’s definitely not fair. You never want to be perceived as a partisan because all reporters are supposed to be objective,” McPike told CNN. “For some reason, I think Erin Burnett’s signature, to me, was plastered on that petition because I am the partner of somebody that works for the campaign and because she decided to jump into that.”

And despite the criticisms, McPike told CNN that her and Burnett are not “partners”—that the two haven’t even met.

The fallout from McPike’s video sparked online debate—and her story prompted an intense response from McAuliffe’s campaign, which called McPike to apologize. The party enlisted journalist Molly Ball to write an article criticizing McPike’s role in the controversy, though Ball did not blame McPike specifically—or accept Burnett’s explanation—in the initial article.

To McPike, however, the story “spun out of control.” She’s been called a “bad reporter” by some of her colleagues—including former colleagues at CNN—who believe her role in the McAuliffe campaign has tainted her credibility.

“The difference between me and Erin Burnett is that I’m not a pollster,” McPike said on Tuesday. “She’s part of this entire effort to make this an issue about this reporter. She’s not alone, but she’s certainly leading a charge…I never said what it is that I’m doing, in this case, except to say I’m just involved with somebody who works for Jonathan Lee and the governor of Virginia, and there’s nothing wrong with that.”

Why did everyone want to talk to you on your phone while you flew to New York?