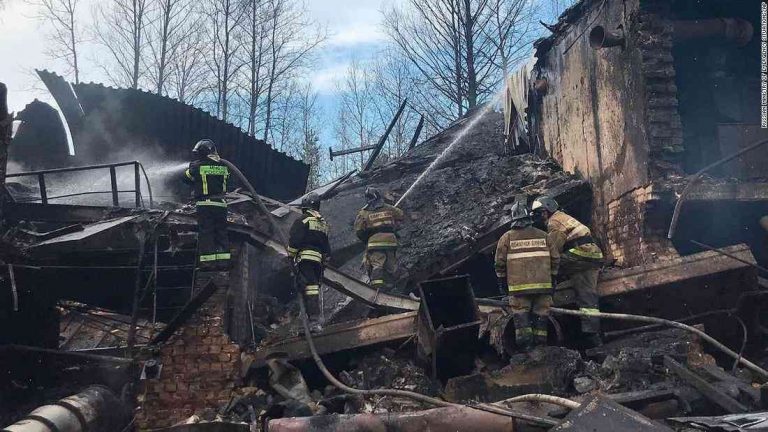 An explosion at a gunpowder workshop in northwestern Russia has killed 17 people, Deputy Prime Minister Dmitry Rogozin has said, Russia 24 TV reports. Rogozin, who oversees the Russian Emergencies Ministry, took to Twitter to say the blast happened at a gunpowder workshop in Yakutsk. He says the explosion was caused by a chemical substance in a petroleum-based tank. He says 14 bodies have been recovered and three were still missing. He says the body of a child was also found at the scene.

According to RIA news agency, the blast took place at about 2:40 p.m. Moscow time. The fire department in Yakutsk has been coordinating the rescue operation. RIA reports that there were between 70 and 100 people at the workshop at the time of the explosion. Earlier, Yakutsk Mayor Roman Ovsyannikov said that he believed that the explosion was not an accident, but a “criminal act,” adding that if there had been an accident he would have canceled the house-to-house search the authorities have been conducting since the explosion.

Hungary shuts down important project because of Russians involved

6 reasons why Texas is warming up to Tesla