By David Lightman Jonathan Mintz was coming home from work when he encountered a number of older bearded men standing at the edge of the road. “I saw them step up, saying something to… 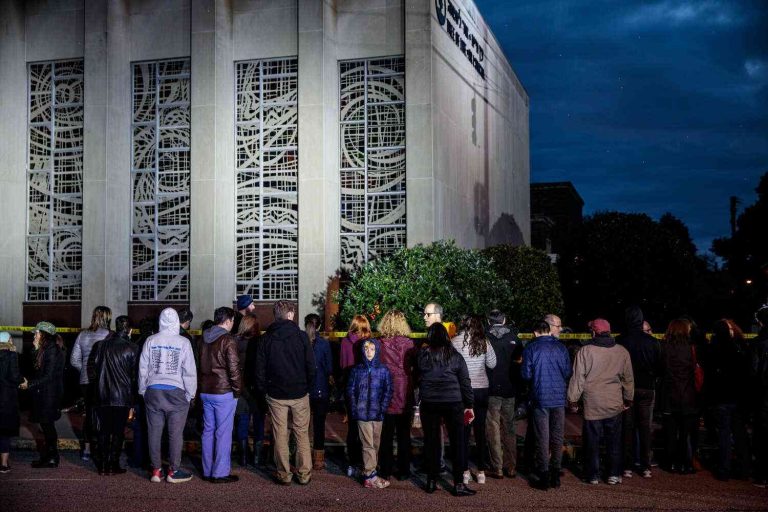 Jonathan Mintz was coming home from work when he encountered a number of older bearded men standing at the edge of the road.

“I saw them step up, saying something to the effect of, ‘Don’t worry about the Muslims. They will be back,’” Mintz, a teacher from Denver, told The Washington Post. They were shouting racial slurs, he said, and driving about 80 mph toward the small town of Sand Creek, Montana.

Mintz’s car was damaged when his tires were cut, but he decided to keep driving toward the center of town rather than stop.

“I was really hopeful that maybe they weren’t going to hit me,” Mintz said.

At some point, the men cornered him and his family inside a house on the edge of town. He and his fiancee hurriedly left the scene with the family dog.

He later discovered that the men had a bomb strapped to their truck.

“I was just petrified,” Mintz said.

The men were quickly pursued by highway patrol officers who knew a Jew would be targeted. They knew it was the man who reported the men, and he was able to give the radio number for the Anti-Defamation League, which had a listing of the name of a caller who had called in a bomb threat.

As the highway patrol pursued the men, they hit a police car. When the bomb squad arrived, the men were apprehended. Mintz later learned that they had been recording a reality show called “The Prophet’s Vow,” produced by Free Speech TV.

The men’s only crime? Mintz says they were “just having fun” with a bomb.

“You can’t put a price on life,” Mintz said. “But I’m just glad nothing happened to us.”

Investigators were able to confirm what he says was already obvious to the public.

“All the clues pointed to a hate crime,” Brett Davis, special agent in charge of the federal hate crimes unit for the FBI, told the Post.

No criminal charges have been filed, but law enforcement officials have long said they consider hate crimes a key weapon in their arsenal.

“We know that violence against Jews here in the U.S. and in the United States in general is going up and it’s going up quickly,” said Norman Eisen, president of the American Jewish Committee. “And that hate crimes have skyrocketed over the last year and a half.”

A recent study by the Anti-Defamation League counted 211 anti-Semitic incidents in the first half of 2018, a more than 60 percent increase from the same period last year. That includes the violent hate-crime attack in Sand Creek.

Tuesday’s attack was only the latest in a rash of hate crimes against Jewish people over the last year. That list includes a gunshot wound to a man driving with his family in Philadelphia last summer that investigators believe was intentional.

The longer-term impact of the current string of attacks is not clear. Stephen Wermiel, a research professor at Harvard University’s Belfer Center, has conducted research on the physical and mental health impacts of hate crimes, and said that it can take years for survivors to fully recover.

Wermiel said hate crimes and other acts of hatred make it harder for them to go forward and get past the stigma of what happened.

“Whenever you experience a traumatic experience you are more likely to experience stigmatization,” Wermiel said. “You become, in a sense, isolated.

“Because it can be so hard to let go of it, you’re more likely to just stay in the formative stages of post-traumatic stress disorder,” he said.

About 16 percent of America’s Jews say they are having trouble adjusting to living in the United States, Wermiel said.

The Montana attack was not random. On the night of the incident, Mintz had stopped at a motel near a funeral home for a veteran killed in a truck accident.