A decorated American aviator will soon receive the U.S. Air Force’s highest honor, an honor that only be given to just ten people from time to time. Robert C. Church — a national hero… 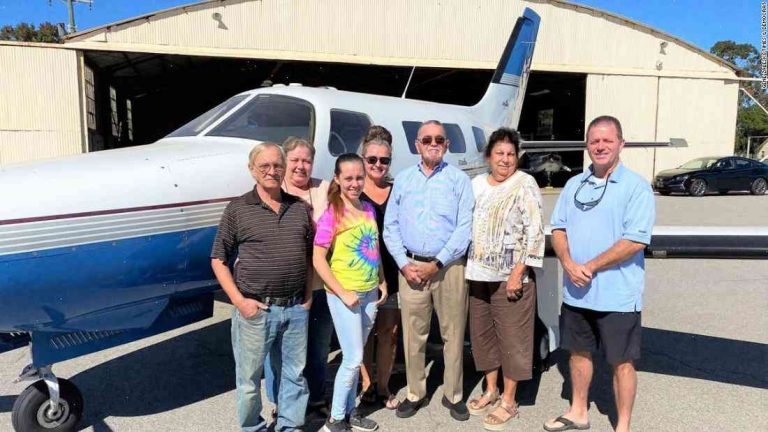 A decorated American aviator will soon receive the U.S. Air Force’s highest honor, an honor that only be given to just ten people from time to time.

Robert C. Church — a national hero for his roles as a World War II combat pilot and in the Korean War — will be receiving the Distinguished Flying Cross, second in Air Force aviation history only to the Wright Brothers’ award of their first successful flight in Dayton, Ohio, in December 1903.

The award is the highest military award for heroic actions in a combat mission. Church is a former U.S. Air Force executive who, according to Air Force Times, was honored as one of the best living pilots in the world by the Teton Climbing Challenge in 2016 and 2017.

On where he was when he got the news: ‘You know, you’ve been through different levels of your country’s involvement in wars over the years and it’s been a very rewarding time to take care of our troops and get support for the Air Force, but when I got this news it seemed almost inconceivable to me, you know, because you see so many things and you see some people you might expect who you can’t understand their lives and their experiences over all these years. And for this to happen to you and for it to be this sudden is quite unbelievable and it just came with sort of a twinge of awe. So, yes, it was a great moment.’

On being honored as a World War II combat pilot: ‘Well, I took off from here on the 8th of August 1944 and we went to Saipan, just off of Tinian, and from there, we took off across the open sea to Bikini, and we landed at Bikini and we were airborne just above, you know, just maybe 200 miles in one direction or the other. And I got shot out and I was in the water just off the runway and I turned around just before we had to land to go back, my left wing, off the runway, broke off, jumped, this one, and went right back to finish the mission. And I ended up landing at the end of the runway, much later than I had wanted to because I did get shot out, not by my own hand, but by the Japanese kamikaze pilots. I think they got the jump on me a little bit at about 25 miles an hour. But otherwise I lived to fight another day.’

On serving in the Korean War: ‘I got orders in November of 1951, when I was in college, and I went to Peoria, Illinois, where the Air Force academy was located at that time, and spent three years there learning how to fly and practice and improve and be at the top of my game and so I was probably about that year in 1955 one of the youngest senior officers in the Air Force. I was 22 years old, I flew 101 combat missions, I flew the Chinese fighter fighter squadron, we were called that era. I flew down through China where I carried part of the anchor back to Korea for the Roosevelt administration. So I had a long and distinguished career and ended up retiring from the Air Force in 1974 as a major. And I spent the rest of my life that way.’

On receiving the Distinguished Flying Cross: ‘It’s the only air-force award that you’re eligible for after you have retired from the military. So, I am incredibly grateful that I retired, that the American public and the American flag decided that I was worthy of this. So I am very thankful to the American public.’

On receiving the award: ‘There was about a 15 minute pause in my running just to take everything in and make sure everything was right, but then I finally stopped to get the glasses and open the envelope and read it and there were three words from Colonel Boyd Hall Jr., you know, it said, yes you have a Distinguished Flying Cross, and I was just taken aback and just felt that it was just such a great honor to receive. It’s an American hero’s award and so to receive it so soon after I was retired in 1974, so I felt a great sense of gratitude to Colonel Hall Jr., and I thanked him personally. I was so surprised, I had just thought I was going to get the Distinguished Flying Cross from the Pentagon, I had not told anybody about it. It’s just quite an honor.’