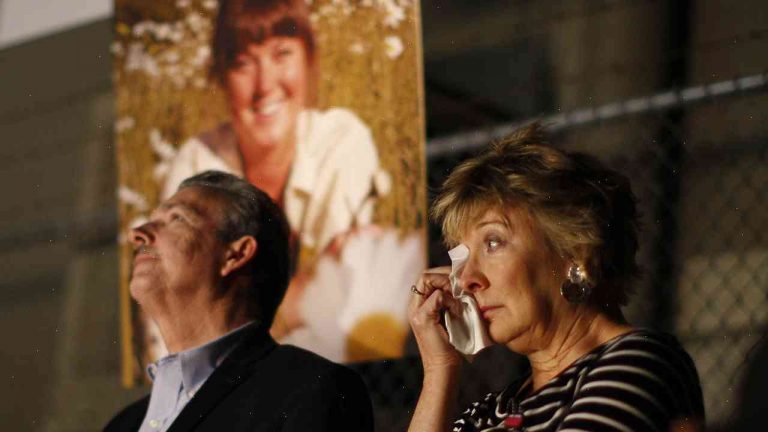 The family of a camera operator killed during filming of a movie on the tracks in Georgia says it is “hurt” by the death of the person being filmed.

Halyna Hutchins was killed in a train accident on 14 February this year. Another crew member suffered serious injuries.

Before her death, Ms Hutchins had worked for the BBC across the country and the Irish team sent an early video of their coverage of her death.

“In our shared grief we have more work to do,” said the director of the BBC iPlayer, Chris Evans.

Ms Hutchins was one of two crew members injured when a freight train struck a film crew filming on the tracks in Jesup, Georgia.

Robert Hurt, also a camera operator, was severely injured. He was part of a separate production company when the film crew got on to the tracks.

Hazeya Hutchins, 35, known to her family as Halyna, was the only crew member killed.

A neighbour said that “Halyna was a sweet, kind, patient, intelligent, capable, forgiving and caring mother and a true friend”.

And Ms Hutchins’ family have taken their grief and loss into action, writing to members of the media and the public to try to raise money to cover her funeral costs and other expenses.

They set up the Facebook page “Cover the cost of the funeral for our beloved Halyna Hiwads” and continue to post updates about the fundraising page.

“The magnitude of our loss has not wavered and, in fact, we understand that it is getting worse,” the family said in a statement on Friday.

“We know that many will not want to be directly involved, but we believe that it is important that we are present to ensure that Halyna’s work as a photographer and videographer is documented as did so well in the lead up to her tragic death.

“Halyna was truly passionate about documenting the process of video recording, and as her work became more influential and difficult due to the on-going effects of her cancer, Halyna made it her duty to keep on filming.”

“We are making a space for you to come meet and learn about the popular production methods that her husband and father used,” said the university’s director of engineering technology education in a Facebook post.

BBC Media Innovation’s Digital Video Producer David Lawrence joined two other BBC colleagues in a video they made after Ms Hutchins’ death, raising thousands of pounds for her family.

Have you ever seen a story like this? Have you tried to raise funds for a loved one after such a tragic loss? If so, please send us a statement or information – eg thanks. – email: [email protected]